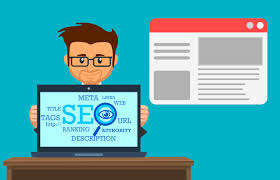 The biggest collection of public domain e-books on the web. Many classics and primary sources.

From Humpty Dumpty to Little Red Riding Hood, the books in this collection were published in the United States and England before 1924, are no longer under copyright, and are free to read and share.

"HathiTrust is devoted to an array of archival and access services in support of the record of human knowledge. All objects in the archive are either in the public domain, have the necessary permissions to support the level of access afforded, or are simply archived in such a way as to ensure an enduring copy of the content."

Google Books also contains both public domain and copyright protected content. Public domain books are available in full-text to be searched and read.

LibriVox is home to a group of worldwide volunteers who read and record public domain texts creating free public domain audiobooks for download from their website and other digital library hosting sites on the internet.

Please note: Readers are free to choose the books they wish to record. LibriVox sees itself as a library of audiobooks. Because the books being read are in the public domain, readers and listeners should be aware that many of them are very old, and may contain language or express notions that are antiquated at best, offending at worst.

So – try browsing Librivox recordings for ideas of public domain texts to read! 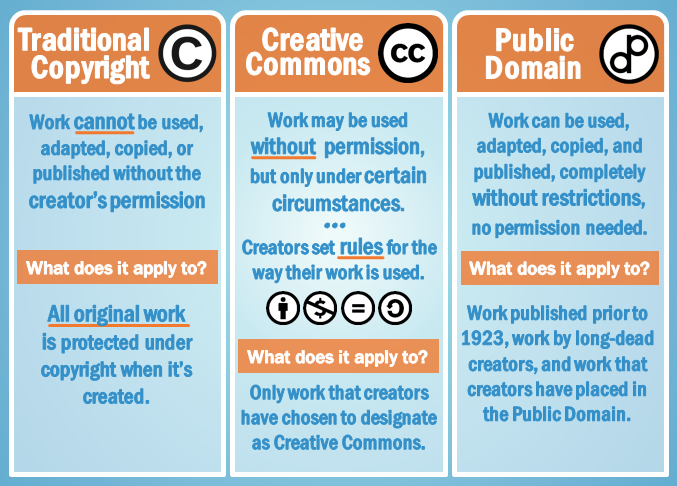 What is Public Domain?

The term “public domain” refers to creative materials that are not protected by intellectual property laws such as copyright, trademark, or patent laws. The public owns these works, not an individual author or artist. Anyone can use a public domain work without obtaining permission, but no one can ever own it.

An important wrinkle to understand about public domain material is that, while each work belongs to the public, collections of public domain works may be protected by copyright.

There are four common ways that works arrive in the public domain:

You can also find a great deal of public domain information (and inspiration) at The Public Domain Review.

What is Creative Commons?

Creative Commons works are published with a license that specifies what you can do with them. You are allowed to use them without permission and without any charge, but you must follow other specified restrictions depending on the license, which are explained here: http://creativecommons.org/licenses/

CC0 is the "no copyright reserved" license option in the - it effectively means relinquishing all copyright and similar rights that you hold in a work and dedicating those rights to the public domain.

Founded in 2011, the PDR is an online journal and not-for-profit project dedicated to the exploration of curious and compelling works from the history of art, literature, and ideas.

As the name suggests, the focus is on works which have now fallen into the public domain, that vast commons of out-of-copyright material that everyone is free to enjoy, share, and build upon without restriction.

The Main Parts Of The Site

The Collections – The vast majority of the content exists in their curated collections of images, books, audio and film, in which they shine a light on curiosities and wonders from a wide range of online archives. Some highlights include visions of the future from late 19th century France, a dictionary of Victorian slang and a film showing the very talented “hand-farting” farmer of Michigan.

The Essays – Every two weeks a new long-form essay is published in which leading scholars, writers, archivists, and artists offer insight and reflection upon the oft overlooked histories which surround public domain works – from a history of the smile in portraiture to the case of the woman who claimed to give birth to rabbits. Contributors include Julian Barnes, George Prochnik, Frank Delaney and Richard Hamblyn.

Conjectures – This series, edited by D. Graham Burnett, is a home for experiments with historical form and method. The reader is asked to keep a live eye on these texts, which thread between past and present, between the imagination and the archive, between dreams and data. All may not be quite what it seems.

Curator’s Choice – In this series, now come to an end, each month a curator from a gallery, library, archive, or museum picked out highlights from their openly licensed digital collections. Contributors included The British Library, The Getty, the Rijksmuseum, the US National Library of Medicine, and the UK National Archives.